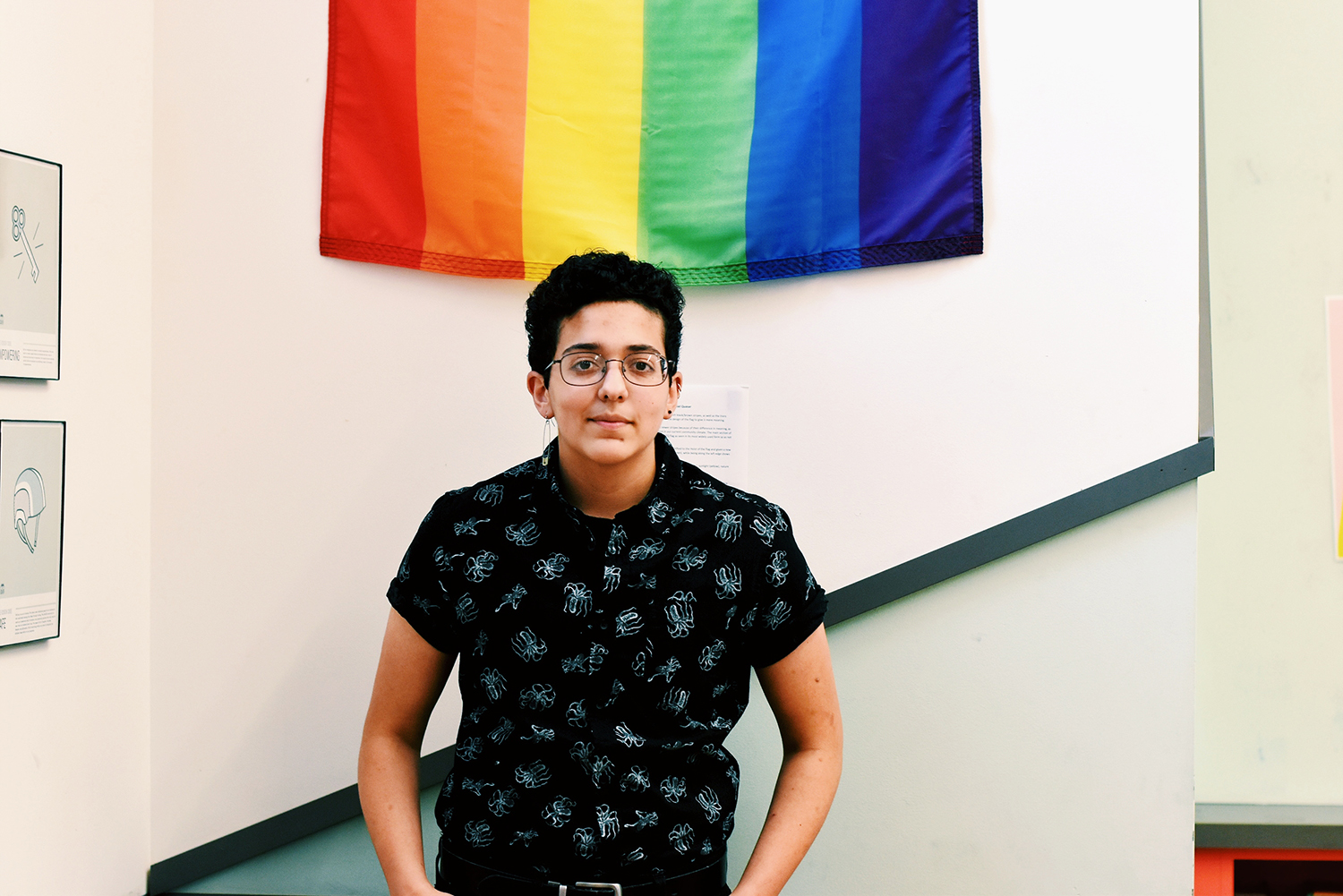 An Interview with Mercury

This Pride month, we sat down with 826CHI student, volunteer, and now intern, Mercury, to talk to him about his experiences in the LGBTQ+ community, what this month means to him, and how we can better support this community, this month and always.

Q: What does Pride mean to you?

A: Pride to me means accepting and acknowledging yourself and how you identify, and presenting it out into the world in your own way, not caring what people think if they choose to speak out against it. And remembering the people who fought, and are still fighting, for your human right to do so.

Q: What about Pride is the most important to you?

A: Knowing that you’re part of a community that’s bigger and has so many people who are like you and also aren’t like you - it’s a very comforting feeling. Whether you go to a parade or show or a protest. Most people forget, but the whole reason we have Pride is from riots against police, laws, and bigots. It makes me feel like I always have safe spaces by knowing this. 826 has been a safe space to me for years, before I even realized anything about my queerness.

A: In middle school I was queer as a $2 dollar bill, but I actually came out to my family as trans when I was sitting in 826CHI. It was the summer after my freshman year, and I was getting ready to go to Pitchfork with our group, and I was thinking about it. I had met another person my age in the program who uses they/them pronouns. And that’s when I decided that if I didn’t say anything to my family at that moment, I wouldn’t ever do it. So I messaged them and asked them to start calling me Mercury and all that. Same thing with everyone at 826 I knew, I told them that day. Without question, they accepted me and helped me through it. There aren’t a lot of spaces like 826 that make me feel that safe. Even here being an intern now and since I can remember, I feel better dressing the way I do unlike other places or people. I’m not scared.

Q: What do you wish people would consider more during this time of year, when these issues are featured so prominently by both the community, but also by businesses?

Hey, we’re visible, they’re mentioning us. But also, you’re capitalizing on an entire, vulnerable community that needs support from you. And doesn't exist to support you and your products. It's not the right kind of representation. I'm very much done with being erased. We all are. There’s a fight happening today that shouldn’t have to be fought. Pride isn’t about partying, it’s about marching and showing up for your people who are queer and trans, their families and partners.

Even within the community there’s so much exclusion that’s just being passed off as preference. Like trans people are behind lesbian, gay, and bi people by like 40 years in rights. Which is like, crazy, cause we're all in the same boat. Or a person not choosing to date someone because they’re: trans or nonconforming, HIV positive, a person of color, disabled, or other identifiers and statuses.

Q: What advice do you have for individuals who are not in the community?

‍Educate yourself, ask questions carefully, and show up - literally and figuratively, show up for queer people. Seeing people who don’t necessarily identify as queer or trans fighting for these issues puts more people on the right side of history and leaves less room for bigotry and hate out of what isn’t known. Also, give queer and trans people the time and space to figure themselves out. Listen to them. Coming out and transitioning is not an immediate process, but rather something that keeps happening over and over again. Really know what you’re talking about when speaking to queer and trans people about queer and trans things.

Don’t be offended when they correct you, either. Every day is cis-hetero day, and straight pride doesn’t exist. There is no reason for you to be offended by queer and trans people at all because of this. You have never had to shed all the blood, sweat, and tears to be treated like a human. Whether you're cisgender or straight, or do identify on the queer or trans spectrums,  you don’t have to be afraid, even if things seems like a scary situation, there are a lot of people and places, like 826CHI, where you can have a space. Be educated, be yourself, and not be judged.

Q: And what advice do you have for other students?‍

These things take time for yourself and other people, sadly I’m not gonna say it for sure gets better, but it does get easier in areas of life by being yourself. Which will lead you to living a better, fuller life for yourself.